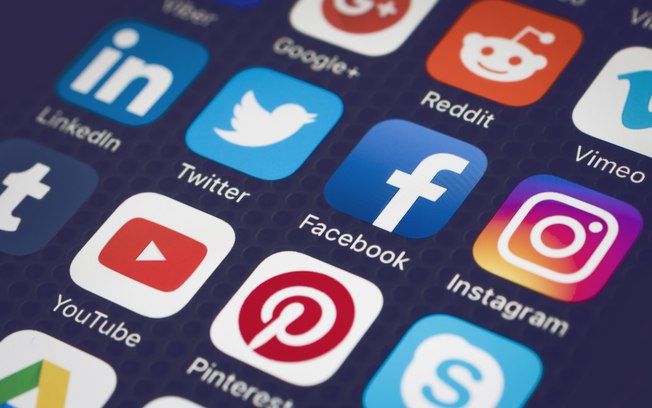 Social media has become a big part of our lives. It has also become a crucial component of business success. What used to be online platforms for people to share interests and connect with loved ones has become a major influencing factor in business decision-making.

More than 3 Billion people are active on social media every day. They are constantly sharing content; posting videos, articles, engaging with other users, searching for information, giving reviews and recommendations and relating experiences.

If you know how to properly harness the power of social media, these activities can be beneficial for your business.

As the world continues to become dependent on mobile technology and the Internet, expect social media to expand in scope, reach, and influence from the year 2018 and beyond.

What Are The Trends For Social Media In 2018?

So what are the new trends for social media in 2018?

Storytelling is one of the most powerful drivers of social media. Whether it is their discovery of the best cheesecake or the 2-week result of a new workout program, people can share their experiences through text, images or video.

Social media has taken storytelling to another level by allowing users to share their experiences in real time through its live feed feature. People love live video content because it is much more authentic and intimate.

“Facebook Live” is widely used in Facebook and SnapChat has become very popular because it allows people to post videos that last only for a few minutes. 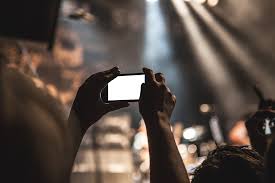 Video and image-based content is more effective than text-based content in encouraging brand recall because it stimulates both auditory and visual senses. According to a study, 80% of consumers can recall the content of a video they watched the previous month.

A landmark study by Microsoft showed that people have a very short attention span. If your message does not resonate within six seconds, you may lose the consumer’s interest.

Because of its ability to deliver the message in a fast, efficient and effective medium, video and image-based marketing will continue to be an influential factor in social media for 2018.

With its massive number of users, social media is a virtual lush resource for Big Data. If you want to remain competitive and relevant in your industry, you must stay updated on consumer behaviour and developing trends. This is what Big Data can do for you.

When Microsoft bought LinkedIn for $26 Billion and incorporated the professional networking site’s listing into Outlook and Dynamics 365, it ushered in the next step in social media evolution: integrating the medium of social with big business.

Integrating social media with big business gives it immediate access to Big Data. The buyouts did not end with Microsoft. Companies such as Oracle, Adobe and IBM are looking to make game-changing purchases in social media to keep them competitive in the industry.

Given these trends for social media, you can expect the following five platforms to be important and relevant for 2018:

Facebook is the biggest social media network with more than 2 Billion members and 1 Billion active daily users. Put those numbers into perspective: Facebook accounts for 33% of social media traffic and 28% of the total Internet population on a daily basis.

The recent U.S. Congressional hearings on Facebook have not affected the popularity of the social media giant. Recently, founder Mark Zuckerberg announced plans of the company to launch a dating app to challenge Tinder.

Facebook has made key acquisitions the last few years which allowed the company to diversify its products and services, open up new streams of revenue, and improve its technological profile.

Among its key acquisitions was its purchase of Instagram in 2012 which allowed the company to expand its image-sharing feature and add greater value to its paid ads service.

Facebook’s ever-growing community of active users and expanding suite of offerings will make it one of the most important platforms to have in a digital marketing campaign strategy in 2018.

With more than 800 Million active monthly users, Instagram is an effective platform for sharing image and video content.

Instagram is very effective for businesses with products or services that are highly-visual. A good example would be businesses in the health and fitness industry. Personal trainers are experts in harnessing the power of Instagram.

Many popular fitness personalities such as Kayla Istines, Cassey Ho and Christmas Abbott have successfully monetized their massive following into lucrative careers.

The fact that it is one of Facebook’s content distribution channels makes it even more important to open an Instagram account. Your content and paid ad can reach a larger and more diversified audience.

Its short messaging system allows you to distribute content frequently throughout the day which will greatly enhance your social media presence.

Here are other key facts about Twitter which will make it an indispensible social media platform in 2018:

SnapChat represents the next level of video marketing called Ephemeral Content which is content that is available only for a short period of time.

What is the deal with ephemeral content? Because it doesn’t get stored, SnapChat users are encouraged to create more content. SnapChat’s user-friendly, no-frills interface makes it easier for users to video their experiences. It is perfect for streaming your live feed coverage.

While you can expect social media to continue its growth and influence in 2018, being on a platform will not guarantee your business’ success.

Each social media platform is its own community. It caters to a specific market of end-users. For example, as popular as Facebook is, LinkedIn is generally considered the more effective platform for building professional connections and business reputation.

Your choice of social network will depend on the following factors:

On the other extreme, consultancy services where you need to be more descriptive would be better suited for LinkedIn, Google Plus or Facebook.

The bottom-line is if you’re still not in social media, you need to get on a few platforms in 2018. And if you are already in social media, be ready to increase activity as more people and businesses will use it to make informed day-to-day decisions.