Advantages And Disadvantages Of Outsourcing And Offshoring

Home/Business, Outsourcing/Advantages And Disadvantages Of Outsourcing And Offshoring
Previous Next

Advantages And Disadvantages Of Outsourcing And Offshoring

In 2008, before Barack Obama became the 44th President of the United States of America, proponents of the Philippines’ Business Process Outsourcing or BPO services industry were up in arms about then-Senator Obama’s pronouncements on outsourcing.

There were news reports which suggested that Obama would introduce policies that would discourage outsourcing arrangements in order to protect jobs for Americans.

It turns out that Obama’s plans were directed at companies that set up offices or factories in other countries in order to establish a presence overseas. These companies included Caterpillar and Nike, which opened branch offices and factories in China. Obama was not discouraging outsourcing arrangements but offshoring arrangements.

Although the principles between offshoring and knowledge process outsourcing are similar, the execution and its repercussions to the economy are different.

Offshore outsourcing is the strategy whereby a company contracts the services of another party, an external agency, to manage a business process or a specific project.

Alternatively, the external agency is referred to as a “Third Party Service Provider” as the set of business processes, or the specific project is related to the arrangement between the client, “The First Party,” and the end-user or “The Second Party.”

For both offshoring and outsourcing services, the common motivator is to reduce costs of business by capitalising on existing comparative cost advantages, particularly lower labor costs.

But which operating model should you choose for your business?

The Main Advantages & Disadvantages For Offshoring And Business Process Outsourcing.

The cost of hiring an external agency or third-party outsourcing services is lower than setting up in-house operations for a number of reasons.

By outsourcing select business processes, you can improve productivity because your company can focus its resources on its core business functions.

The cost savings from outsourcing can be repurposed to fund revenue-generating programs of the company. For example, the cost savings can be used to improve business infrastructure or enhance its marketing and promotional program without having to budget for additional overhead costs.

And by freeing up more time for your employees to dedicate to a dollar productive decision making process, you can transform how effective you are in the business world.

A company can increase its flexibility with offshore outsourcing by taking advantage of time zone differences. By simply adjusting work shifts, it is possible to have your business managed for 16 hours by an external agency.

That means certain business functions that are customer facing can have extended opening hours in a cost effective way.

And with outsourcing companies like OutsourceWorkers, you can start to save money within just a few weeks.

There will be a period of adjustment needed for your company to accommodate certain cultural and social practises of the third-party outsourcing vendor.

For example, if you contract an agency from the Philippines or India, you will have to develop an understanding of their deeply rooted spiritual beliefs, the dates of which may conflict with your work schedule.

As an outsourcing company, our team at OutsourceWorkers can help any business owner to set the right expectations.

Hand-in-hand with cultural and social differences are communication problems. They arise because of differences in perspectives as well as occasional misunderstandings in terminology.

For example, North American and Australian companies tend to do business in a straightforward manner. On the other hand, service providers from the Philippines are more introverted. They tend not to say much and keep to themselves.

For the North American and Asutralian company culture, it may be taken as a sign of aloofness, uncertainty, or incompetence. But in reality, it is just part of their nature as soft-spoken people when dealing with new business processes.

Despite the introduction of the Data Protection Act in several popular offshore outsourcing destinations, security breaches and data integrity will remain serious issues in the outsourcing industry.

Even with tight information technology, networking protocols, and safety measures, concerns about security will always come up in the absence of close collaboration.

This is especially critical for core aspects like company financial data and personal information about vendors and clients and having clear security protocols in place can save many businesses from serious data breaches.

When a company sets up an office or a factory abroad, it is not just capitalising on comparative cost advantages on labour but also on existing economies of scale.

Other cost items such as power, Internet connectivity, and rent may be lower in the host country than the country of origin. In fact, the expectation of most companies that offshore is to realise at least a cost saving of 70% for that particular business function.

A company can also take advantage of the lower cost advantage by diversifying positions or negotiating for volume discounts when purchasing assets or services, which will further reduce actual costs of these offshore outsourcing solutions.

Shared space collaboration has the advantage of overseeing the conduct of work without the filters or delays associated with technology.

While there are software programs and software development companies that allow clients to view the work of their offshore outsourcing partner, latency issues with the terminating carrier can compromise the many benefits of real-time analytics.

There are some governments that grant special exemptions and incentives to companies that invest in their economy.

These include tax exemptions and access to cheap credit, which could improve the bottom line of the business. Exploring such cash flow improvements can make the upfront cost associated with offshoring core functions a lot more favourable. 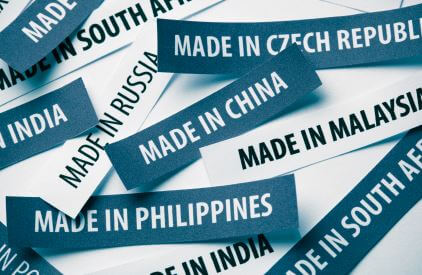 The biggest criticism of companies that offshore is that it increases the level of unemployment of the local economy.

The previously mentioned companies Caterpillar and Nike have been accused of taking away jobs from Americans and displacing their existing workforce in favour of other nationalities.

These companies argue that by offshoring, they are able to improve profitability by lowering costs and increasing revenue. Thus, the increased profits can be used to improve the facilities and programs of the core business operations.

The client will be immersed in the culture and social practises of the host country. This may have an effect on productivity and communication.

Unlike outsourcing, time zone differences may work against the offshoring c

ompany because production could end up being delayed due to changes in manpower availability. This can add hidden costs to certain business and job functions.

Whenever you are transmitting data to another party, you are always at risk of security breaches and compromised data integrity. There will always be transfer issues when it comes to data, even when there is shared space collaboration.

Even when an offshore expansion is technically part of the parent company, there can still be risks involved with sending sensitive data between two locations.

The decision on whether you should outsource or offshore will depend on the size and complexity of your operations, the scope of work that you need transferred, and of course, your resources.

Generally, you will benefit in terms of cost, and depending on how operations are managed, you can realise great productivity on either business model. One thing is for sure both offshoring and outsourcing will be popular strategies for business development in the years to come.

Whether you need to free up some time tied up in back office tasks, human resources, or any project admin work, our team at OutsourceWorkers will provide you with  the best outsourcing solutions.

We have a larger talent pool that will support all your unique business requirements, and hiring a virtual assistant could cost you as little as $7 per hour.

Call us today to find out how quickly we can bring you the benefits of outsourcing.